Reminiscing: How extending my stay in Leh led to unforgettable memories!


When you plan a trip and everything goes accordingly, the immense joy you feel is one of a kind. But, completely dismissing the idea of spontaneity while traveling so that you can simply relish the climate a bit longer and marinate in the travel vibes won’t do you any good. 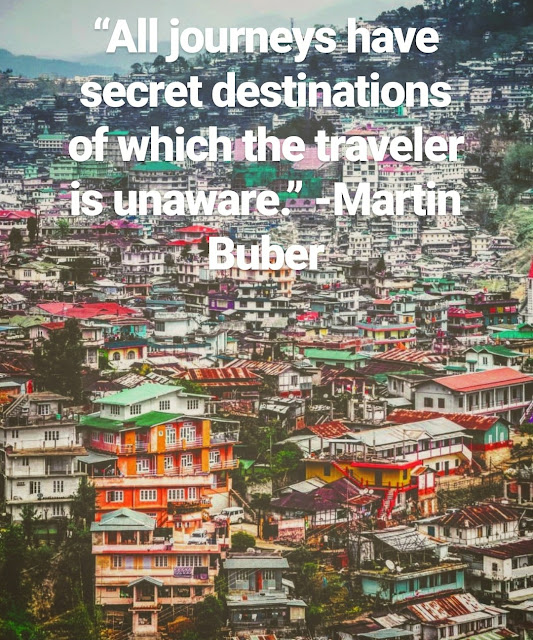 Sometimes, listening to that inside voice and following it can lead to some quite spectacular experiences like mine.

I had just completed my second year of engineering, the results were out and surprisingly mine was good! But I decided to drop out and head north, into the Himalayas to begin my journey in traveling (see what I did there!) and writing. I’m with 100% you! It definitely is a cliché but that’s what I did. I went on a bike trip, like everyone does after dropping out of college, to the most adventurous and respected bike riding destination in India, Ladakh. I rode from Manali to Leh and other fascinating parts of Ladakh over a period of 10 days. It was amazing but what happened after I made the decision to extend my stay in Leh was even more incredible and certainly worth sharing. Here’s how it all went down.

T’was the endo summer and thin clouds’d begun to gather in the sky and the flowing wind turned cold but soothing and there I was in the mountains and…. Woah! Uhm, who am I kidding, I can’t keep up with any other writing style than my own. Jack Kerouac, now he was one of a kind. His prose style was/is extraordinary.

So! In the second week of July 2016, I had just completed my bike ride from Manali to Leh and had also ventured up and past the highest road in the world, Khardung La (La is Pass in local terminology) into the white sands of Nubra Valley and star-gazed by the panoramic Pangong Tso (Tso is Lake), you know, the typical stuff. I was replete with joy after having traveled continuously for 10 days. Ticked off almost all places in Ladakh, that certainly was an achievement for a fresh college drop-out!

As everyone from our group bid adieu and departed for their hometown to dive back into their rut-tine (just kidding!), me and Matt, an awesome fella from the U.S. of A decided to stay in Leh a bit longer. His friend and colleague Janina (it took me a while to pronounce her name correctly; Ya-Ne-Na, that’s how I pronounce it now) who had joined us on our tour for the last leg to the Nubra Valley and Pangong Tso was also planning to stay a for a few more days. Now, as the tour had ended, we had two accommodation options to choose from- either extend our stay at the hotel we already were in, which charged about 2000 per day or transfer to a local homestay which would cost just 600 a day. I decided to transfer to a homestay without even blinking but obviously! Nothing to think about there. But there was a plethora of them to choose from, throughout Leh. That’s when Manish, our riding captain jumped in and suggested the Otsal Guest House, one of the oldest establishment in town. I had blind faith in his judgment so I immediately packed up my stuff from the hotel and got a room at the homestay. Matt was still a bit confused but I urged him to come and have a look around, he liked it and got a room for himself as well.

Just inside the gate, a little girl with pigtails was jumping about and her older brother was standing by juggling a football. I met with the owner, Othpal’s (the boy) mother who showed me to the room; I settled in, changed and went down to have a chat with Othpal about football and travel. That’s when his grandfather or Abale as they say in Ladakhi, came out of his room to have a smoke. I like to connect with people so I immediately went and sat beside him, enquired about the garden in his backyard, how he maintains it and what all vegetables or fruits are grown. To my surprise, all the things that he listed as he showed me around that small patch of land were more than enough to open up a farmer’s market- lettuce, tomatoes, carrots, radishes, turnips, cabbage, cauliflower, potatoes, apple trees, apricot trees were the highlights of this beautiful plantation patch. I slowly began bonding with him and he opened about the time he spent as a travel guide and shared some of his incredible experiences. His sense of humor was amazing, a really funny guy!

During the daytime, there wasn’t much to do in and around Leh as I had already explored most of the places in its vicinity. So I just trudged up and down the Changspa Road trying out every café and restaurant. Matt, who’s a vegan, found an incredible bakery that made vegan chocolate balls and pastries; it was my first time trying vegan baking and I fell hard and fast for those vegan chocolate balls! I had extended my stay in Leh by 7 days and I bought those chocolate balls on each day to have at least one with each meal, and then some. I tried English, French, Israeli and American breakfasts at 4 different cafes, but preferred the grilled cheese sandwich at the restaurant just above the Otsal guest house for my lunch. I found out that most of the grocery used in that restaurant came fresh from Abale’s garden!

A couple days later when Matt, Vikas (our other ride captain during the tour and one helluva a guy), Janina and I planned to visit a nearby tourist spot, the Stok Palace, I urged Othpal and his little sister to join us. That sweet little girl hopped on the bike and sat between me and the fuel tank. As we left the city limits and everything became quiet, a cool breeze was tingling the skin and that’s when I realized that my little co-passenger was dozing off in those pleasant riding conditions! So, I held her with one hand and rode till the palace using just one hand. To make things a bit difficult for me to manoeuver but quite funny, she was leaning against my belly while falling asleep which for her, was a proper pillow. So I couldn’t blame her for nodding off, could I?

The Euro 2016 was in its last stages and the football craze in Leh was at its peak. I made friends (more like acquaintances as we connected over football) and decided that I would watch the semi-final and final matches with them at one of the many cafes and restaurants that were screening these events on projector and screen setups. Watching the final was amazing as I chugged beers and chased’em down with the local delicacy, momos with other football fans. There was an assortment of other delicious appetizers (fries, chicken, onion rings and whatnot!) along with all this. That sad but frustrated gasp that all the Portugal supporters in the café when Cristiano Ronaldo had to go off, I literally felt it in the atmosphere and on my skin. As the final minutes of the match passed, the intensity in the air soared and when Eder scored the goal in the 109th minute, all Portugal fans leaped out of their chairs to celebrate. The celebrations ended around 1 in the morning and I headed back to my room with some of the best memories.


Don’t hesitate to get off the beaten path (I tried to resist but just couldn’t hold myself from using this expression) and follow your heart, especially while traveling the world. Although, I do that with everything in my life, like this blog post is a bit different than my previous ones (did you notice? I actually wrote two entire sentences in French!) in a couple of aspects. So, a little spontaneity, impulse and enthusiasm won’t do any harm. Travel Happy, Travel Safe!

Let’s part with these wise words:
“A good traveler has no fixed plans and is not intent on arriving.” – Lao Tzu.

Popular posts from this blog

By ANIKET SARAF October 13, 2019
It’s been almost two years since my accident today, as I write and publish this blog post. I was avoiding writing about my accident and kept postponing it, ignoring people when they told or rather urged me to share about my accident. Family, friends, fellow travelers and every person who has met me after my accident said “why don’t you write about this? Have you written about this ordeal on your blog?” But now I think it’s high time that I share the story. Honestly, I’m at a loss of words, literally, and am clueless as to what title should I give to this blogpost. So the title that you see is the last thing I’m writing before I publish this blog. Disclaimer: This is a rather long blog post with very few pictures and a lot of reading is required. There are pictures of my wounds just after the accident as well as after my surgeries and they might be too graphic for some people. I am going to share the story of my accident and my recovery (which is still ongoing) in detail.
14 comments
Read more

Travel Experience - What does it mean to you?

By ANIKET SARAF December 02, 2019
I have been pondering what the term Travel Experience actually means. To me, to other travelers and to every person who has ever traveled with a sense of freedom. I was surfing on YouTube for some good videos relating to travel and I came across a video of a TED talk by Rick Steves. He shared several experiences from his travels which taught him a lot and changed his perspective on various aspects of society and life. The video has been rightly titled “The value of travel”. I have met hundreds of people while traveling and very few of them have had the same purpose and thought process behind their travels – to learn something new. It can be trivial or quite significant, it doesn’t matter to me as long as it teaches me something of value that I can hold on to and possibly share with fellow travelers through my blog. I would like to define travel experience as an experience you have after visiting a place, trying a weird new cuisine (like eating snails & crickets!), meet
2 comments
Read more

By ANIKET SARAF July 05, 2019
Adventure Travel is the calling of new age travel enthusiasts. The first thing that comes to mind is a thrilling road trip expedition. Almost every youngster desires to go on a Road Trip, be it in a car or on a motorcycle, and preferably with their closest friends. Many make it their goal to go on at least one such journey; either before they graduate or before they get married. In India, these adrenaline junkies have several options to choose from, but a few specific regions make their eyes sparkle, these regions are Spiti Valley, Tawang (Arunachal Pradesh) and the infamous Leh – Ladakh. These days the phrase ‘road trip to Ladakh’ can be heard so often, it might have lost its charm and gusto, although the place itself continues to astound travelers from across the globe. This blogpost will revolve around the idea of planning a road expedition to the high mountains, the actual appeal that attracts adventure travelers, few travel tips and a lot of information! Why
4 comments
Read more