The Spirits of India- Best Local Brews Available Across India. 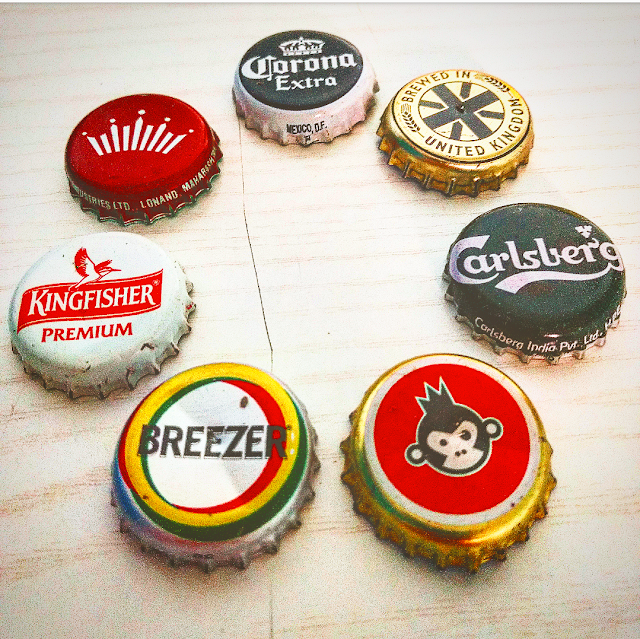 Chugging the best local brews with all the new friends you have made on your trip is a unique experience.

By “Spirits” I solely mean the spirits one can enjoy with friends and strangers alike by the bar. The beverages that bring everyone closer; no occasion or reason required. Yeah! Now that’s definitely worth indulging, isn’t it? Maybe a quick read of this article will be the focal point of some incredible memories you’ll make exploring the Indian subcontinent.

Why am I writing about this?

Each destination has its own drink that encompasses the core values and traditions of the townspeople. Vodka to Russians, Sake to Japanese and Beer to Germans is what water is to the fish. The exquisite and unique taste that tingles your buds is the embodiment of the rustic culture and history of the land and its people. Recipes of these locally brewed spirits are often a well-guarded secret passed down from several generations of a family or tribe.

Here are some of those spirits I am talking about. Make sure you try them out the next time you visit India.

This underdog has rapidly progressed to the major leagues in the past few years. It’s all the rage nowadays, especially amongst the beer aficionados. For all the geeks, or should I say "Beer Aficionados" : Bira 91 is brewed from Wheat, Barley, and Hops. It comes in 5 variants- Light, Strong, White, Blonde, and IPA. The “91” in the name might seem weird but in fact is a homage from the founder; “91” being the official country calling code assigned to India by ITU. All the variants have their own distinct taste that lingers on the taste buds for a while.

Originally an ethnic Nepalese/Tibetan beverage, Chhaang is widely brewed and consumed in the Indian States bordering these countries. Jammu & Kashmir, Sikkim, Nepal, Bhutan, and Tibet are prime locations where it is commonly consumed. The production process is rather archaic but that’s what gives it the true essence of culture. Usually, barley, millet or rice grains are the main ingredients, along with yeast or scum (yes! it says scum - Residual foam from distilleries). Authentic preparations include a bamboo barrel and hand-pressing, giving it a cloudy texture.

This frothy and fruity-tasting drink is a novelty preparation of the Angami Naga tribe of Nagaland. Prepared from fermented rice and yeast, its appearance is quite similar to buttermilk or vanilla shake; white and slurry. Even though it only comprises 5% (v/v) alcohol content, knocking back a few of these will certainly leave you euphoric. One might find Zutho to be a sui generis version of the infamous Japanese Sake.

Feni, in its true sense actually IS the spirit of Goa! (Pun intended!) Exclusive to the Indian state, this strong country liquor is dear to the denizens and tourists alike. Cashew apples and Toddy Palm are the two ingredients alternately used based on the preferences of people. “Caju Feni” distilled from cashews is a very hard spirit with an alcohol content of 45% abv (alcohol-by-volume). Coconut/Toddy Feni has a strength of 42% abv.

Missing out on chugging pints of this stupendous drink while exploring the backwaters as well as beaches of Goa is no less than forgetting to visit the Eiffel Tower when in Paris; C’est complètement ridicule!

Now, it might be incomprehensible but Bhang is a traditional drink consumed in the name of god and culture. The maximum and rather haphazard consumption of Bhang can be seen during the Indian festival of Colors- Holi. People drink it in the name of Lord Krishna and Lord Shiva. What makes it so special you ask? Can you guess the principle ingredient of bhang as well as Lord Shiva’s favorite herb: Cannabis*! Bhang is purely prepared from cannabis and consumed in various forms; either as a drink (Thandai or Lassi), as Pills (Goli) or as a dessert called halva. Some of you might object “Bhang isn’t a spirit. It isn’t distilled”. To you, I ask “Are you willing to deny yourself one of the best experiences of India over something so trivial? You decide.”

(*Disclaimer: I DO NOT promote or encourage the use of drugs.)

Next time you visit India and really wish to explore, go ahead and give these a try. These spirits will surely make your journey fun and memorable. Every single beverage I have mentioned comes with an incredible backstory and if you have the right company, your story will be added to the memoirs as well.

What exceptional drinks have you tasted on your travels around the globe?

Popular posts from this blog

By ANIKET SARAF October 13, 2019
It’s been almost two years since my accident today, as I write and publish this blog post. I was avoiding writing about my accident and kept postponing it, ignoring people when they told or rather urged me to share about my accident. Family, friends, fellow travelers and every person who has met me after my accident said “why don’t you write about this? Have you written about this ordeal on your blog?” But now I think it’s high time that I share the story. Honestly, I’m at a loss of words, literally, and am clueless as to what title should I give to this blogpost. So the title that you see is the last thing I’m writing before I publish this blog. Disclaimer: This is a rather long blog post with very few pictures and a lot of reading is required. There are pictures of my wounds just after the accident as well as after my surgeries and they might be too graphic for some people. I am going to share the story of my accident and my recovery (which is still ongoing) in detail.
14 comments
Read more

Travel Experience - What does it mean to you?

By ANIKET SARAF December 02, 2019
I have been pondering what the term Travel Experience actually means. To me, to other travelers and to every person who has ever traveled with a sense of freedom. I was surfing on YouTube for some good videos relating to travel and I came across a video of a TED talk by Rick Steves. He shared several experiences from his travels which taught him a lot and changed his perspective on various aspects of society and life. The video has been rightly titled “The value of travel”. I have met hundreds of people while traveling and very few of them have had the same purpose and thought process behind their travels – to learn something new. It can be trivial or quite significant, it doesn’t matter to me as long as it teaches me something of value that I can hold on to and possibly share with fellow travelers through my blog. I would like to define travel experience as an experience you have after visiting a place, trying a weird new cuisine (like eating snails & crickets!), meet
2 comments
Read more

By ANIKET SARAF July 05, 2019
Adventure Travel is the calling of new age travel enthusiasts. The first thing that comes to mind is a thrilling road trip expedition. Almost every youngster desires to go on a Road Trip, be it in a car or on a motorcycle, and preferably with their closest friends. Many make it their goal to go on at least one such journey; either before they graduate or before they get married. In India, these adrenaline junkies have several options to choose from, but a few specific regions make their eyes sparkle, these regions are Spiti Valley, Tawang (Arunachal Pradesh) and the infamous Leh – Ladakh. These days the phrase ‘road trip to Ladakh’ can be heard so often, it might have lost its charm and gusto, although the place itself continues to astound travelers from across the globe. This blogpost will revolve around the idea of planning a road expedition to the high mountains, the actual appeal that attracts adventure travelers, few travel tips and a lot of information! Why
4 comments
Read more